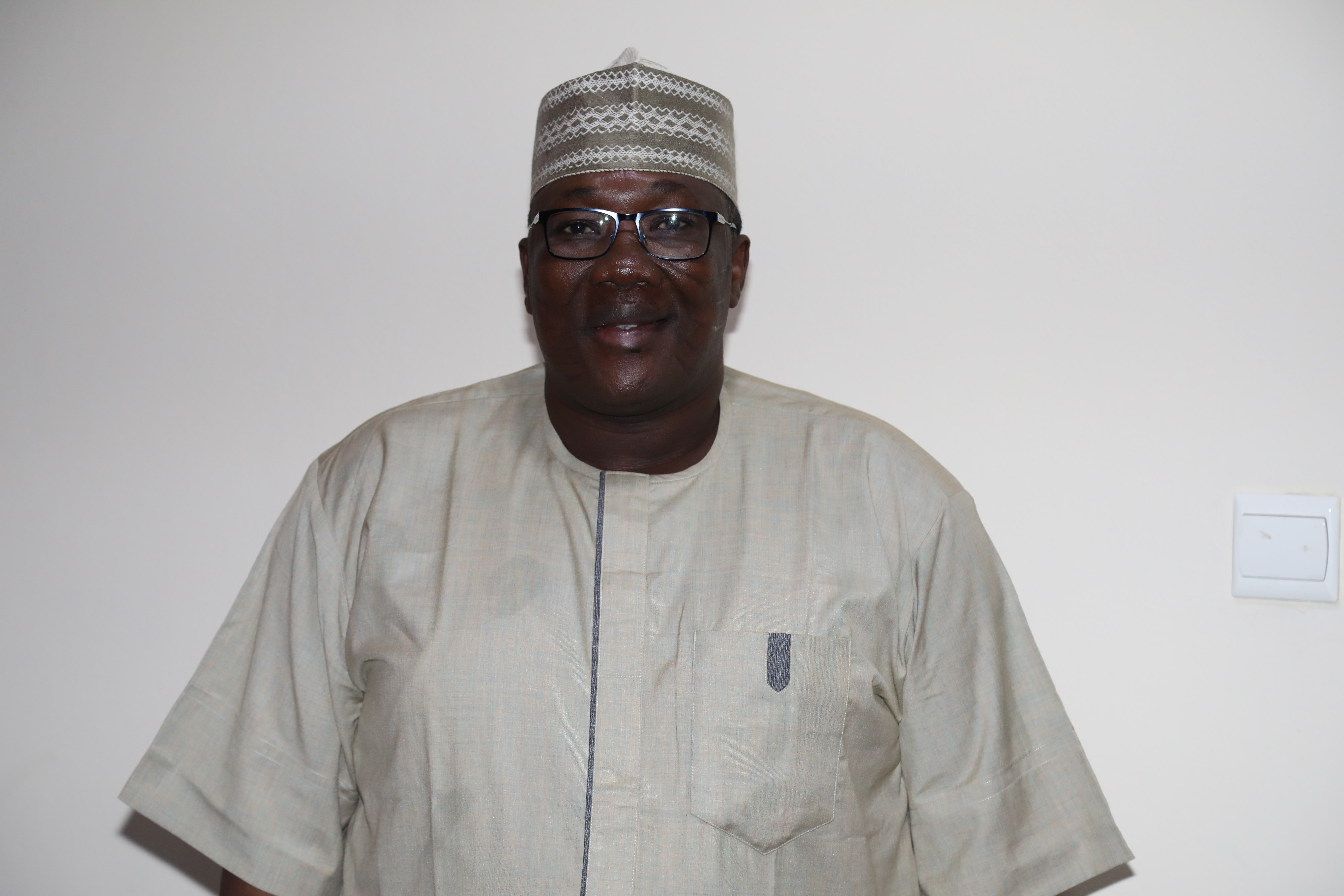 Back to Executive Team

Rt. Hon. Dr. Najeem Folasyo Salaam is the current Executive Director of Marketing and Business Development. Prior to his appointment by the President, Commander-in-Chief of the Federal Republic of Nigeria, Muhammad Buhari on December 23, 2019, he was a two time Speaker of the Osun State House of Assembly under the platform of the All Progressive Congress (APC). He is a Grass root Politician and Philanthropist from Osun State. His exploit into politics started during his undergraduate days as President of the Ejigbo Local Government Area Student Association (ELGASA), OAU chapter. After graduation, he was made a supervisory Councilor for Health in 1999. In 2007, he contested for a seat in the Osun State House of Assembly and won but his victory was short-lived. Due to his popularity and political acceptability by his people, he contested for same position in 2011 and won. His leadership quality saw him emerged as the Speaker of the Legislative Arm of the House of Assembly. Under his leadership, the House was reputed to have operated in a rancor-free atmosphere, working harmoniously with the Executive Arm of the state which led to great reforms in the State. Being an active and a principled party member, he was saddled with the responsibility as the Director-General of the Osun State West Senatorial District Campaign Committee in 2015 and 2019 elections. A Graduate of Obafemi Awolowo University (OAU), Najeem holds a B.Sc., M.Sc. and PhD in political Science. As a successful Political Scientist and Politician, Najeem has attended a lot of leadership capacity building courses both in Nigeria and Abroad. He has also written a lot of articles. Amongst his many articles include ‘Appraisal of Roles and Impacts of Elections Management Bodies (EDBs) and individual Administrations in the conduct of Nigeria’s 2015 General Election’ found in the Nigeria Political Science Associations (south west) Journal, maiden edition. ‘The Nigerian State Political Association and Consideration: A Historical Exploration’ and ‘The Internally Displaced Persons (IDP) and their Voting Rights in Nigeria’s General Elections: Issues and Challenges’. He is a recipient of numerous awards from students, professional bodies and faith based groups. Amongst his many awards include ‘Commander of Great Ife’, OAU Alumni, 2014. ‘Unrepentant Democrat’ an award from the Forum for the Patriotic Members of APC (FOPAMEC) Osun state chapter in 2017. The ‘Award of Excellence in Political and Social Development’ from the LAUTECH International College, Ogbomoso in 2017 and ‘Leadership in promoting Human Right Legislative Award’ from Da Rauf’s, United Kingdom in 2014. Najeem is committed to good governance and progressive development. He is happily married and has children.