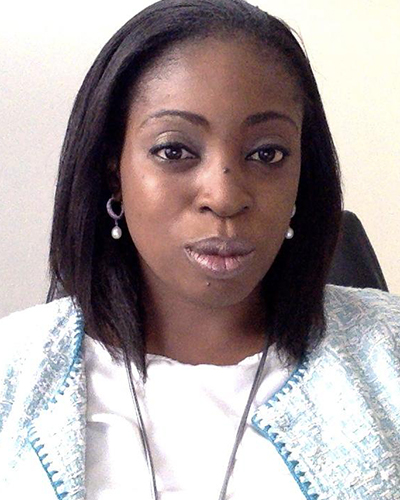 Back to Executive Team

Alma is an alumnus of the University of Manchester, United Kingdom, where she obtained an LLB (Law). Her legal education continued with an LLM in Corporate and Commercial Law from King’s College, University of London. She has been called to the Bar of England and Wales, and the Nigerian Bar respectively. As a departure from the law, she recently secured a Masters of Business Administration from Business School, Netherlands.

She commenced her legal career in the United Kingdom, and worked for the Legal Services Commission until she decided to further her career in Nigeria. She joined NIGCOMSAT Ltd in 2006 and has contributed immensely to the growth of the organisation. She has served in various capacities, culminating in her present position as the Company Secretary/ Legal Adviser. She is considered a repository of knowledge on the law and policy as it relates to the satellite communications industry.

Whilst she has excelled and honed her competence in corporate and commercial law, her interests extend to other areas of practice. In particular, she has an attachment to human rights, as evidenced by her winning the 2012 International Bar Association Scholarship Award for Law and Individual Rights.

She is married with children, and is an avid supporter of the Nigerian Super Eagles (and to a lesser extent- Manchester United FC)